Wreckin' Racing or Wrecking Racing is a game mode featured in all main games of the series. The aim of this kind of event is to cross the finishing line, but at the same time smash your competitors too for points. It is a unique type of race that was innovated in the Destruction Derby series.

In Destruction Derby there are either 10 or 12 laps in a race and cover all the five main tracks. The player can choose for a Championship (which would include a visit to The Bowl), Race Practice, Multi-Player or a Duel.

In Destruction Derby 2, Wrecking Racing generally remains unchanged, and races take place on the seven tracks. After winning the third track in a Championship, the rest are gradually unlocked afterwards.

In Destruction Derby Raw, the player has to race each of the 25 tracks. You first start with one track, and continuously unlock more tracks, which are higher in difficulty levels,. In each different difficulty level, there are about three or four cars to choose from (different in each difficulty level). In nearly every race, there are 19 competitors, although some races have 15 competitors. There is no division system in DD Raw, instead every track has a 'required points', and the player will fail if he/she does not reach at least that many points. Also there are no seasons now - every race is done individually.

Finishing first in the race gives an extra 1000 Race Points, added to the total points. Second place gets 900, and third place gets 800 and so on - 10th place gets 100, and positions below that get no Race Points.

Wreckin' Racing is now probably harder than in previous games, because in DD Raw you have to stay alive at the end of the race - if you're wrecked before finishing, your total points will be zero.

In Destruction Derby Arenas, there are 13 tracks, where you have to race the tracks and get points to unlock harder tracks. 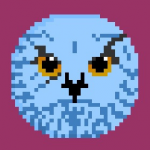