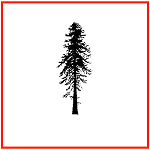 Hi, welcome to Destruction Derby Wiki! Thanks for your edit to the Next DD game page.

Hello and welcome. Thank you for your great contributions. Probably the best start of a new user on this Wiki, so well done.

Your logos gave me a 'wow'. They're really good. The first logo (the DD2-based one) looks great but the reason I would prefer the second it because it represents the whole series. It does have some flaws though (the 'U' isn't exactly transparent, and there are wrong spacing) but I guess it's still a work in progress.

I would definitely consider using one of your logos. I would personally prefer the DESTRUCTION DERBY' text to be in a single line like your DD2-based logo. Once again, thanks for joining the wiki and your great edits/suggestions!

Hey there! Hope you're still active - this site had been pretty neglected for some years now but I came back this week to make major revamps and improvements, and I've been trying to give a shout out to those contributors including you. --DestructionDerby (talk) 14:43, August 27, 2018 (UTC)

Retrieved from "https://destructionderby.fandom.com/wiki/User_talk:Benxander?oldid=8435"
Community content is available under CC-BY-SA unless otherwise noted.