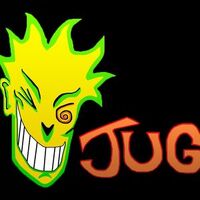 Jug was an English thrash metal band from Sunderland, UK, who composed most of the soundtrack of Destruction Derby 2. The band's vocalist, Richard Beston, also worked as one of the game's artists.[1]

Jug released an EP called Direction in 1996[2] with 7 songs. These songs were used in Destruction Derby 2, albeit without the vocals, together with a bunch of other tracks specially for the game. In 2005 the band created a MySpace profile, which is still accessible today as of 2018 and allows the playing of their songs.[3]

The band split up shortly after being offered an indie record label, according to their MySpace.[4] Jug's guitarist Andrew Lewins was later a member of a band called Nothing Gained, who released their debut album Nascent in 2008.[1][5]

Community content is available under CC-BY-SA unless otherwise noted.
Advertisement